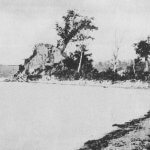 Spirit Knob in 1867. By 1879, this sacred Dakota site had been leveled and renamed “Breezy Point.” 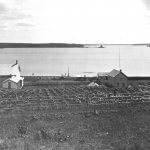 View over Wayzata Bay circa 1860s. Spirit Knob and Spirit Island are in the background. 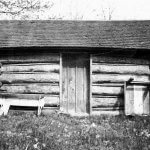 The “Trapper’s Cabin” is typical of the log cabins built in the Wayzata area during the 1850s and 1860s.

Wayzata is a community located approximately 12 miles west of Minneapolis, Minnesota, on the northern shore of Lake Minnetonka. The name Wayzata comes from the Dakota word meaning “north” or “north shore.” The Mdewakanton, a subtribe of the Dakota nation, treasured Lake Minnetonka – the “Big Water” – as a place for hunting, fishing, and harvesting wild rice and maple sap. Spirit Knob, a peninsula in Wayzata Bay, was regarded as a particularly sacred place. The Dakota resided in this area of Minnesota until 1851, when the Treaty of Mendota was signed and the lands west of the Mississippi were opened for Euro-American settlement. Most Dakota were exiled from Minnesota after the U.S.-Dakota War of 1862.

The town of Wayzata was originally platted by Oscar E. Garrison in 1854. In 1855, Wayzata saw an influx of settlers who built a sawmill, a hotel, and a blacksmith shop. Most early settlers made their living by clear-cutting the land to grow corn and wheat. In 1857, this flourishing economy was nearly terminated by a grasshopper infestation. However, the community rebounded when ginseng was discovered in the remaining hardwood forest. Ginseng’s root was in great demand as an aphrodisiac in China. During this ginseng boom, Wayzata became a collection center for the roots discovered around Lake Minnetonka.

In 1867 the Saint Paul and Pacific Railroad extended its tracks to Wayzata, making Wayzata the transportation hub of the area. The railroad was particularly important to local farmers because they now had easy access to markets in Minneapolis, Saint Paul, and beyond. The railroad also made Wayzata the original “gateway” to Lake Minnetonka, which was billed as a place of commanding beauty and good health. 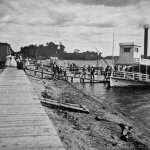 Wayzata lakefront circa 1869. The “Governor Ramsey” steamboat is located at right. 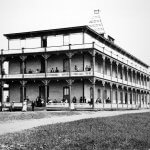 Many small hotels and boarding houses were erected in the Wayzata area to accommodate tourists in the 1860s and 1870s. One early example was the Maurer House-West Hotel, which was built near the corner of Lake Street and Broadway Avenue. Most local hotels and boarding houses were rather primitive until 1879, when the 150-room Hotel Saint Louis was built in Deephaven. The Lake Park Hotel in Tonka Bay, Arlington Hotel in Wayzata, and the massive Hotel Lafayette in Minnetonka Beach soon followed. These large, grandiose hotels primarily catered to wealthy tourists who came from the East and South to spend entire summers on Lake Minnetonka.

Most Lake Minnetonka tourists in the late 1800s arrived in Wayzata by train. Steamboats waited for new arrivals near the foot of Broadway Avenue and took them to destinations across the lake. Some of these steamboats, such as the City of Saint Louis and Belle of Minnetonka, were quite large. The Belle of Minnetonka, for example, was nearly 300 feet long and could purportedly carry 2,500 passengers.

Wayzata was officially incorporated as a village in 1883. One of the first orders of business for the new village council was to have the railroad tracks moved off of Lake Street, Wayzata’s main road, and have them rerouted north of town. James J. Hill, who had become chairman of the newly-formed Saint Paul, Minneapolis, & Manitoba Railway in 1879, initially ignored the council’s order. When the council took the case to court, Hill reacted by demolishing the train station at the foot of Broadway Avenue and building a new one east of town at a stop called “Holdridge.” Hill moved the tracks as well, but rather than rerouting them north of town, he moved them closer to the lake.

James J. Hill was also connected to Wayzata and Lake Minnetonka through the Arlington Hotel, Hotel Lafayette, and Belle of Minnetonka, which were all owned by the Saint Paul, Minneapolis, & Manitoba Railway. Hill purchased Wayzata’s Arlington Hotel in 1881 and never re-opened it. Due to its impractical size, the Belle of Minnetonka steamboat was laid-up by the mid-1880s. The Hotel Lafayette, on the other hand, continued to operate until it burned to the ground in 1897. By this time Lake Minnetonka had largely fallen out of favor as a vacation destination for wealthy tourists. A number of factors including new railroad regulations, new vacation spots, and a national economic depression contributed to this decline. 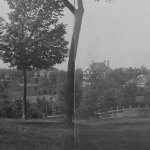 Panorama of Ferndale circa 1890s. Many prominent Twin Cities families built country estates in this area between 1890 and 1910. 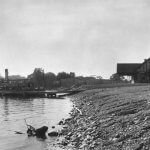 An Express Boat, Moore Boat Works, and the Wayzata Depot circa 1907. 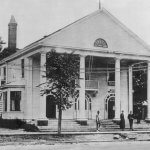 As tourism faded in the 1890s, a new era for Wayzata began. Many urban dwellers began to construct summer cottages along the shores of Lake Minnetonka as the Twin Cities of Minneapolis and Saint Paul grew. While many of these new cottages were quite modest, some were monumental in scale. Wayzata in particular became home to a large collection of grand country estates along the Ferndale Shore. Some notable families who built country estates there included the Bells, Boveys, Crosbys, Peaveys, Pillsburys, and Washburns.

Despite the influx of new summer residences, the town of Wayzata barely grew during this period. That changed in 1905, when the village council passed a Reconciliation Ordinance to repair relations with James J. Hill and his railway. Hill responded by building a new train depot near downtown Wayzata. At the depot’s grand opening celebration in 1906, he declared it the “handsomest” on the entire line.

Wayzata was also connected to a new form of water transportation in 1906. Six new “streetcar boats” launched by the Twin City Rapid Transit Company served as an extension of the Twin City streetcar system on Lake Minnetonka. Designed by Wayzata boat builder Royal C. Moore, these boats provided fast and reliable transportation for the residents of Lake Minnetonka. Connections to streetcars could be made in Excelsior, Deephaven, and Tonka Bay. In Wayzata, passengers could transfer onto trains. This convenient service was very popular until the 1920s, when local roads started to be improved for automobiles. The service was ultimately discontinued in 1926 after several years of declining ridership. Some of the streetcar boats were scuttled (purposely sunk) in the lake that year. One of the boats, the Minnehaha, was raised from the depths in 1980, restored, and returned to passenger service in 1996.

While steamboat had faded on Lake Minnetonka, motor boating became all the rage by the 1920s. Wayzata was at the center of this trend with two nationally famous boat makers – Ramaley and Wise – being based in the community. In 1929 the Ramaley Boat Company merged with Wise Boat Works and Walker Boat Works to form Minnetonka Boat Works. Minnetonka Boat Works built a variety of boat types, including motor boats and “storm boats” used to cross the Rhine River during World War II. Eventually, Minnetonka Boat Works became well-known manufacturers and distributors of both Tonka-Craft and Chris-Craft power boats. 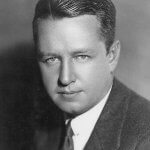 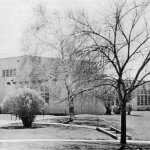 Wayzata Consolidated High School, later known as Widsten Elementary School, was a central part of the Wayzata community between 1921 and 1992. 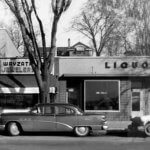 Businesses on Lake Street included the Wayzata Theater, which opened in 1932 and closed in 1985.

Wayzata’s population nearly doubled in the decades leading up to World War II. When Wayzata reincorporated as a charter city in 1929, citizens elected Rufus Rand to serve as the community’s first mayor. Under Mayor Rand, water and sewer service was provided to every building, street lights were installed, roads were paved, and the public beach and park was opened.

After World War II, many local farms and summer cottages were converted for use as year-round, single-family homes. Many new homes and gas stations were also constructed during this time. At one point, Wayzata had ten gas stations to serve a growing number of commuters and their cars. U.S. Highway 12, which had been built in the 1920s, was widened to four lanes, and the population swelled. By the 1950s, the town had been fully absorbed by the greater Minneapolis-Saint Paul metropolitan area.

During the mid-twentieth century, Wayzata began to annex land from Minnetonka, Plymouth, and Orono and doubled in size. U.S. Highway 12 was widened again to become a freeway in the 1970s and a new shopping center was opened five miles down the road. These physical and economic changes caused many of Wayzata’s downtown shops to be replaced by condominiums and office buildings. Strip malls and fast food franchises came to dominate part of the town near the highway. 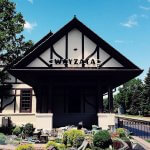 The Wayzata Depot is now home to the Wayzata Historical Society and Wayzata Chamber of Commerce. 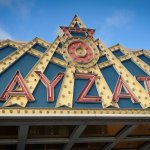 A replica of the Wayzata Theater marquee remains a local landmark today. 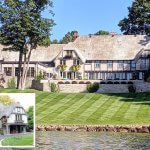 The Brooks house is an exemplary example of the country estates that once dotted the shores of Wayzata Bay.

In 2003 Wayzatans passed a referendum to have the city buy the community’s last remaining stand of the Big Woods for use as a park. A new city hall and library were also constructed that year. Since 2010, many new restaurants have appeared in the downtown district. This is a major draw for visitors today.

With all its new buildings, the Wayzata of today has a very different ambiance from its farming, tourism, and recreation-based past. However, it retains its picturesque and alluring setting on the shores of Lake Minnetonka, a central amenity to the community. With one look it is easy to understand why so many have wanted to work and live here.