Wayzata’s built environment spans approximately 16 decades and offers a wide range of construction modes and architectural styles. Some of the properties listed below are civic and/or commercial structures open to the public, but others are private residences and are not publicly accessible. Properties listed with a star are officially listed in the National Register of Historic Places or have been declared local heritage preservation sites by the City of Wayzata. 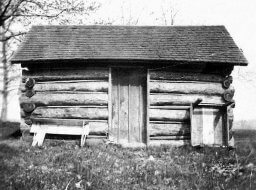 The so-called “Trapper’s Cabin” in Shaver Park was originally located near Bushaway Road, approximately one mile to the east. Records show that Horace Norton was the original owner of the property it sat on. It is possible that Norton built the cabin when he purchased the land in 1855, but this has not been substantiated. Another theory suggests that the cabin was built by an African American logger who was sent out from Saint Paul to clear the land. Tests have confirmed that the cabin was constructed out of timber from nearby tamarack swamps. Since almost all of Wayzata’s tamaracks were depleted early on for use as railroad ties and other construction, it is likely that the cabin was built before the 1870s. After sitting abandoned for many years, the cabin was rehabilitated and moved to its current location in 2014. The cabin was declared a local landmark by the City of Wayzata in 2021. 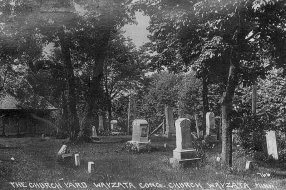 Wayzata’s first cemetery is located just north of the town’s first church at the corner of Wayzata Boulevard and Walker Avenue. Originally known as “Burying Hill,” the official plat was filed and recorded in November 1882. The cemetery is the final resting place of many early Wayzata residents. The first person to be buried here was Hannah Garrison (1788-1855), the mother of Wayzata pioneer and founder Oscar Garrison. Today the cemetery serves as an important connection to Wayzata’s frontier period. 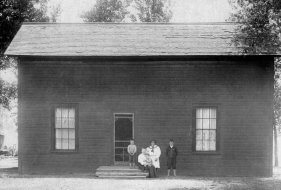 Built in 1902 by the Great Northern Railway, the Wayzata Section House was home to the local section foreman and his family. The section foreman was responsible for the maintenance, repair, and upkeep of approximately 25 miles of track along the line. Since it was often difficult to find decent and affordable housing off company property, the railway built these prefabricated homes where foremen only paid for utilities. The homes were all built to the same specifications so carpenters could quickly assemble them. Additionally, if a foreman and his family had to move, their furniture would fit perfectly in the new space. Although many section houses were built in desolate and mundane areas, the house in Wayzata was special because of its prime location on Lake Minnetonka. Having sat vacant since the 1980s, the Wayzata Section House is one of the very last of its type still standing in Minnesota. The house was declared a local landmark by the City of Wayzata in 2020 and added to the National Register of Historic Places in 2021. Plans for its rehabilitation are currently being developed. 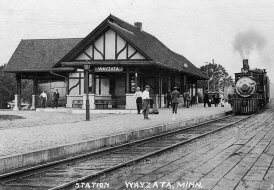 Wayzata’s Great Northern Depot was built in 1906 at the end of a long “feud” between Wayzata and Great Northern chairman James J. Hill. It was designed by Great Northern architect Samuel Bartlett in the fashionable English Tudor Revival style. When completed, it was said to be the “handsomest” depot on the entire line and was considered modern with indoor plumbing and a water fountain. Trains serviced the depot with scheduled stops until 1958, when it became a “flag stop” serviced by request only. Great Northern finally closed the depot as an official stop in 1971 and donated it to the City of Wayzata in 1972. The depot was added to the National Register of Historic Places in 1981 and today is home to the Wayzata Area Chamber of Commerce and the Wayzata Historical Society Museum. 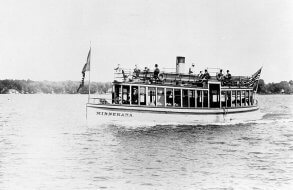 The streetcar steamboat Minnehaha was built by the Twin City Rapid Transit Company in 1906 to serve Lake Minnetonka’s growing commuter population. Designed by Wayzata boat builder Royal C. Moore, Minnehaha was one of six identical “Express Boats” that were made to look similar to TCRT’s streetcars. The “streetcar boats,” as they were casually known, stopped at 26 designated landings around the lake. Streetcar connections could be made in Excelsior, Tonka Bay, and Deephaven. In Wayzata, passengers could transfer onto Great Northern Railway trains. The streetcar boats were a very popular form of transportation until about 1921, when local roads were improved. In 1926, the TCRT ended steamboat service on Lake Minnetonka and decided to scuttle (purposely sink) Minnehaha and some of her sisters. Minnehaha was raised in 1980 and eventually restored to her former glory. She re-entered passenger service in 1996 and plied the waters of Lake Minnetonka continuously for the next 23 years. In 2019, Minnehaha lost access to the launch site where she had been launched and hauled-out of the water each spring and fall. It is hoped that a permanent launch site for the boat can be secured so that she can return to active service. Minnehaha was added to the National Register of Historic Places in 2021. 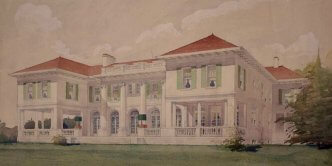 Belford was the estate of Washburn-Crosby Company executive James Stroud Bell and his wife, Sallie Montgomery Ford. The house was later inherited by James Ford Bell, first president of General Mills. Situated on a hill above the Ferndale Shore, it was designed by Minneapolis architect William Channing Whitney in the Mediterranean Revival style. A third-floor ballroom was added to the house in 1919, but was removed in 1963. The house is known for its red tile roof and is thus commonly referred to by the nickname “Red Top.” The property is significant for its architecture, its connection to the Bell family, and its historical context within the Ferndale neighborhood. It remains a private residence today. 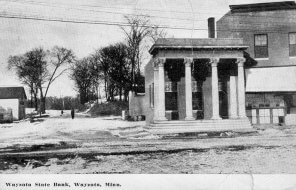 The Wayzata State Bank was originally constructed during the summer of 1908 for a total cost of $2,246.50. The new, classically-inspired bank was designed by Minneapolis architect Lowell Lamoreaux. It had three brass teller’s cages, a small walk-in vault, and an office. A buzzer under one of the teller’s cages could be rung next door at Pettitt & Kysor Grocery to alert them in the event of a robbery. When it officially opened for business in January 1909, the bank was manned by just two employees: a cashier and a bookkeeper. For decades the bank helped Wayzata’s economy grow by providing loans to local businesspeople and homeowners. By 1950, however, it had outgrown the original building and moved to a new location. Several other businesses subsequently occupied the original building, including Five Swans gifts. The original structure was demolished in 2019, but a replica of the front facade was rebuilt in 2020. 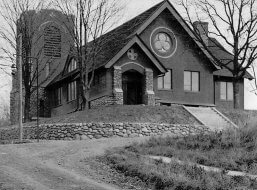 Wayzata’s first church was built in 1881. It began with twelve charter members and was officially called the Congregational Church of Christ in Wayzata. The gray clapboard building was approximately 30 feet square with barely enough room for a pump organ, pulpit, and two stoves for heat. The church was renovated and substantially expanded by renowned Minnesota architect Harry Wild Jones in 1911, but burned down only five years later. The congregation immediately rebuilt the church using Jones’s exact specifications, however, and over the next 100 years it went on to serve as the Wayzata Evangelical Free Church and later the Unitarian Universalist Church of Minnetonka. The church became the home of the Blue Water Theatre Company in 2017 and is currently used as a performance space. 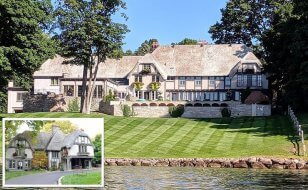 The Brooks house is a large, Cotswold Tudor Revival lake shore residence notable for its false-thatch roof. Designed by renowned Minnesota architect Harry Wild Jones, the house and its outbuildings are often referred to as the “Mushroom House.” A carriage house, echoing the main house in design and materials, is located next to Bushaway Road. Built in 1919, the property was the lake estate of Minneapolis lumber executive Paul A. Brooks and his wife, Hazel. The property is significant for its peculiar architecture, its association with the Brooks family, and its historical context within the Bushaway Road corridor. It remains a private residence today. 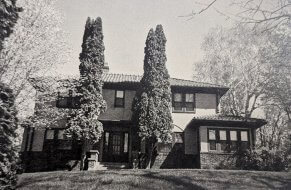 The Gee house was built by George E. and Mary E. Gee in 1928. The house occupies the site of the 104-room Arlington Hotel, which was built in 1880 and destroyed by fire in 1890. The Gee house can best be described as Arts and Crafts in style. It is a notable, well-preserved example of an early 1900s suburban lake cottage. The home was declared a local landmark by the City of Wayzata in 2006 and remains a private residence today. 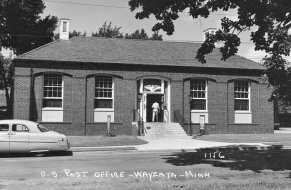 Built in 1941 and opened in 1942, the Wayzata Post Office is a typical example of a Class D post office built under the auspices of the Works Project Administration. It was one of many post offices constructed to the standard plans of Louis A. Simon, head architect of what became the General Services Administration, and as such reflects the New Deal approach to public architecture. The lobby mural was created by Ruth Grotenrath, a Milwaukee artist known for her New Deal art. The post office is significant for its connection to the federal government and its association with social and economic themes in United States history. It remains an active post office today.