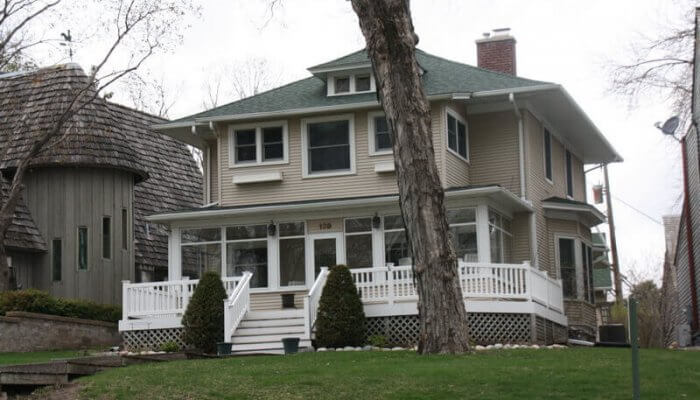 This historic home at 139 Grove Lane, with beautiful views of Lake Minnetonka, is frequently referred as simply: “the Amy Davies” home. Amy Davies was the granddaughter of John Stevens Harrington, who was one of the original settlers of the Harrington/Ferndale area of Wayzata. Her father was the one who originally built the home, gifting it to his daughter, Amy, when she married John Milton Davies. This four-square style suburban cottage is both architecturally  and historically significant because of its integrity and association with the early Ferndale.